Stones, earth, sun, seasons. Ultimately, as they told us in art and architectural history class, all of architecture can be traced back to the primitive hut. And what direction would it make sense to orient a primitive hut? To the south, to capture the warm sunlight on cold fall and winter days. This was solar orientation for survival. Principles which seem to us to be quaint nods to bygone methods of building orientation meant life or death to people who came before us. 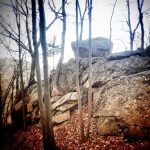 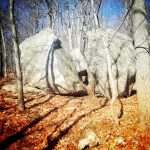 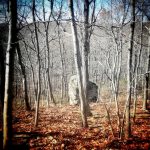 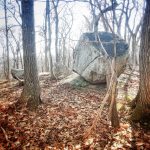 The chain of billion+ year-old mountains which run through the Hudson Highlands generally run north/south and form the rocky core of the Appalachians. It is therefore difficult to ascertain the difference between stones which just happen to exhibit celestial orientation, and those which might have been moved into position or just venerated for their propitious location. Most likely, I think, candidate stones which did a good job of solar or celestial orientation were found and then used for this purpose in telling time and acting as a guide for correct building orientation.

Throughout the mountains which stand over the site at the TFG House, there are large, impressive stones which seem to long for the noon winter sun. Some of these stones, if you look in the right light, seem to be carved in the visage of a snake, but that could just be the altitude or the hunger talking. Nevertheless, it is hard to look on these stones and not think of ancient peoples and ancient geologic forces.

When orienting a home to take advantage of solar gain and solar electric potential, one finds ancient ideas bumping up against modern technologies. Our south glazing and PV will be oriented to the noonday sun. Our deck will be oriented to the setting sun on the Winter Solstice, when we will welcome the light back from its long slumber. We may get into more detailed terrestrial, solar, and celestial alignments, but this is a start.

It just so happens that today seems to have marked Cold Spring Henge, which is a bit like Manhattanhenge, only smaller. Today the setting sun shone directly up the entirety of Main St. as it set over Crow’s Nest on the west bank of the Hudson. 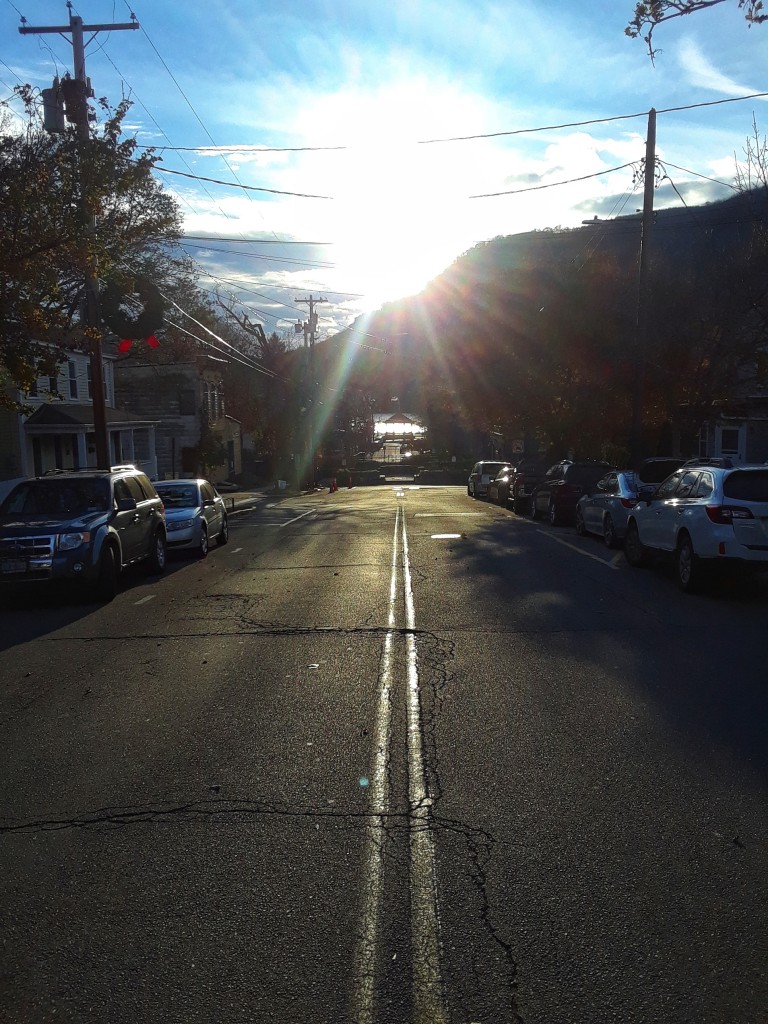